Shante K. Avant named new President and CEO of the Women’s Foundation for a Greater Memphis 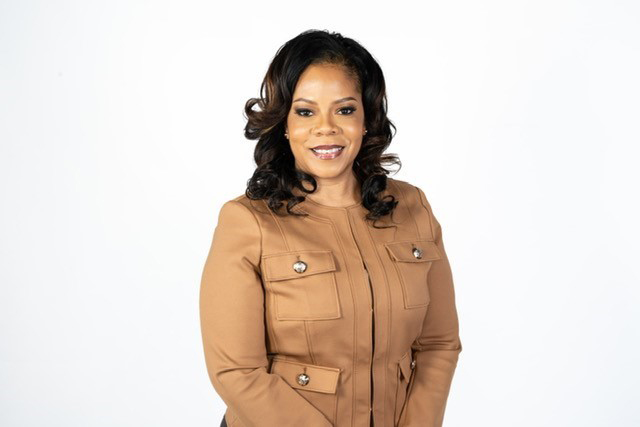 (January 4, 2023 – Memphis, TN) The Board of Directors of the Women’s Foundation for a Greater Memphis (WFGM) is pleased to announce the selection of Shante K. Avant as its new President and CEO effective January 1, 2023. Avant, WFGM’s Vice President, will succeed Ruby Bright who retired on December 31, 2022, after leading the organization for 22 years.

“It goes without saying that after a five-month national search and interviewing many candidates, I and the members of our Board of Directors are absolutely thrilled that we determined that Shante was the most qualified candidate to serve as our new President and CEO,” said Marcia Bowden-Marche’, M.D., Co-Chair of the WFGM Board of Directors.

Avant has served the nonprofit sector for more than 26 years. She joined the Women’s Foundation as the Director of Grants and Programs in 2008. In 2011 she was promoted to Vice President and played a critical role in overseeing day-to-day operations, building relationships with community partners, and collaborating with local and national partners.

“In Shante K. Avant, we have chosen a proven leader with a deep understanding of how the Foundation operates and clear vision for the future. Shante possesses the qualifications and expertise to grow the Women’s Foundation into an even greater, more successful organization to create a lasting impact in the Memphis community,” said Gina Brewer, Co-Chair of the WFGM Board of Directors.

As President and CEO, Avant will oversee fundraising, operations and programming to ensure the organization is fulfilling its mission of encouraging philanthropy and fostering leadership among women while supporting programs that enable women and children to reach their full potential.

“I could not be more grateful to accept the position as President and CEO of the Women’s Foundation for a Greater Memphis. WFGM is an important resource for women and children in our community. We have supported thousands of Memphis residents and watched so many thrive. I am honored that I was chosen to lead this organization into the future,” said Avant. “Each morning, I wake up thinking about new ways to help the organization as we work towards ensuring economic securities for the women and families in Memphis. I am committed to working with our staff and board to take the organization to the next level.”

Shante K. Avant is a native Memphian and holds a B.A. in Psychology and a M.S. in Social Work from the University of Tennessee, Knoxville. She is affiliated with the Women’s Funding Network, Ford Foundation Fellowship, and a member of the University of Memphis’ Social Work Community Advisory Board. Avant currently serves as a Shelby County Commissioner representing District 5. She previously served on the Memphis-Shelby County School Board for nine years and was elected board chairman in 2017.

ABOUT THE WOMEN’S FOUNDATION FOR A GREATER MEMPHIS

For more than 26 years, the Women’s Foundation for a Greater Memphis (WFGM) has played a major role as a backbone organization aligning people, securing resources, and coordinating community-based services through a Two-Generation Approach to reduce poverty. The mission of WFGM is to encourage philanthropy and foster leadership among women and support programs that enable women and children to reach their full potential.